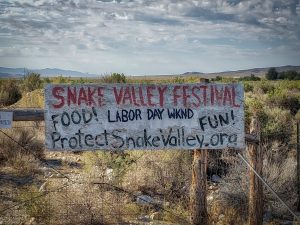 I once met two American Presidents on the same day.  It was a rather thrilling moment, as one can imagine, and a moment that has aged extraordinarily well for me over the years.  Still, being only a flea on the elephant of history nonetheless indelibly imprints the memory of that elephant in your head.

To be clear, I must clarify that neither of the two were President at the time. One had been, and one was going to be.  I also say I ‘met’ in a very loose interpretation of the term, which I will explain in a moment, but despite the imprecise descriptions, it was still a pretty darned electrifying moment to me. Just meeting two leaders of America and the world is an exhilarating moment in itself, but my very fond remembrance of that event is greater because of the stark contrast between the two and how each in his own way made a profound impression on me.

The year was 1978.  The place—Dallas, Texas.  In that year, the Republican Party of Texas engaged in big game hunting by using a full-court press in the 9th Inning of the Superbowl.  If I can think of another over-used sports analogy, I might include it, but for now, I think this adequately sums up the effort the Republicans had launched to sit in the Governor’s chair in Austin.

The Republicans saw a crack in the door that year as Texas had grown more conservative in recent years (if you can imagine that).  The RNC pulled out all the stops to take the State away from Democrat control and put a Republican where there hadn’t been one since Reconstruction.  The winds were definitely changing.

Spoiler alert:  The Republican, Bill Clements, won the Governor’s seat that November, which means the whistle stop campaign trail where I met the two Presidents worked as designed. It also means my act of carrying a bag for one of the stumpers therefore contributed to the paradigm shift in Texas politics.  I am humbled.

At the time, I was working at Dallas’ Love Field Airport at a ‘Fixed Base Operation’. That’s the aviation business term for what most would describe colloquially as an ‘airplane gas station’.  In 1978 I was in grad school struggling towards a Master’s Degree and took the job gassing up airplanes to fund my education.   Besides the money, I took the job because I loved aviation—still do—and had no idea at the time that commercial aviation would ultimately be my life’s career.

One summer afternoon in 1978, our FBO served as a parking place for an airplane chartered by the RNC. The airplane was on a circuit to fly two dignitaries around Texas for a couple of days making speeches in support of Candidate Clements.  On a clear blue morning, a shiny, chartered DC9 from Texas International Airlines rolled off the Love Field runway and over to our ramp where quite a few reporters plus at least a couple of thousand real people gathered to see the dignitaries and hear them speak.

The two luminaries who descended the steps that day were Gerald Ford, the former POTUS, and Ronald Reagan, the future one.  Reagan had been a candidate for President in 1976, running against Ford who won the Primary but ultimately lost to Carter.  There had been a little bit of name-calling between the two while out in the boondocks, but by 1978, all was well within the GOP, and Reagan now was being whispered as the Republican candidate for President in 1980.  It was pretty clear that his appearance on the Bill Clements train to the Big House was just as much for promoting Ronald Reagan in Texas as promoting Clements for Texas.

On that day in Dallas, Reagan would make a speech, but Ford would not.  The former President’s job that day apparently was to let his presence provide an endorsement for the future, while Reagan’s assignment was to provide the sunshine.

Our FBO crew, ‘line-boys’ as we were called, waited out on the ramp to park the airplane, unloading any bags from it, and then re-fueling it.  Even though airport security in 1978 bore not one shred of resemblance to the kind of security we see at airports today, it still remains inexplicable to me how the Secret Service let us grimy, greasy line-boys saunter right out to the airplane with no security screening whatsoever.  Here was a former President arriving in Dallas, and the guys who were there to service his airplane were completely overlooked . We wandered around like tourists at Disneyworld, looking for Space Mountain and no one ever paid any attention to us.

So here is the part that has stayed with me all these years.

When the door opened and Reagan came out first, the immediate impression he made was like the sun had actually emerged from the cabin of that airplane instead of a man.  There was a startling brightness about him. Reagan was trim, athletic, tall, handsome, smiling grandly, striding across the ramp confidently, and displaying an image that perfectly fit the description of ‘Presidential’.  I did not know a great deal about Reagan politically at the time and so I had no pre-conceived notions of whether the sun actually rose and set on him.  But beginning that day, he became unforgettable.

The clamor of the crowd followed Reagan as he made his way through a drainage ditch of all the local George Babbitt’s who wanted to shake his hand and pose for pictures.  Eventually, Reagan made it to the podium where he gave a speech about reviving America, beginning with Texas.  It was great theater.

Meanwhile, back at the airplane, Gerald Ford de-planed in the very distinct shadow of Ronald Reagan and lingered behind Reagan most of the time.  He pumped a few hands of the remaining ditch diggers who hadn’t followed Reagan, and posed for a picture or two.  Then Ford did something that will remain my greatest memory of him.

The former President of the United States walked over to where us line-boys were standing under the wing of the airplane and said, “How are you fellas doing today?  Thanks for being out here to help us out.”  Then he shook our hands and went on to speak to someone else standing nearby.

The significance of those brief moments on the tarmac of Love Field came by the way both men impressed me in their very different ways.  Reagan had all the appeal and grandeur of a leader who could speak to a nation, and gave me a sense of confidence that this was a man who would do good things for America. Ford on the other hand gave me the sense of a man who could speak to the common man on the ground and understand him, and though he may not have been the object of the flashbulbs that day, he was the object of affection for the people like me who believed he cared about the commoners.  He, too, will remain fond in my memory for his ability to connect in the briefest of moments.

We need both today, but I don’t think we’ve had either one for a very long time.

I wonder if I could get my old job back. 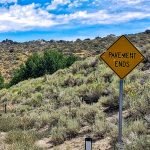 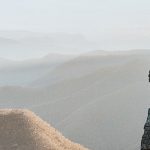